A FURIOUS Hindu man reportedly beat his wife and four children and threw them out into the street because they refused to renounce their Christian faith.

And now Ramesh Kumar is calling on fellow residents of the Indian village where he lives to join in with their persecution, according the Christian news network CBN News.

In a extraordinary display of zealotry, Mr Kumar, who allegedly stopped providing for his family early this year, has now placed an advertisement in a local newspaper urging residents of the village, in the northern state of Haryana, to shun his relatives, as well as convincing his 23-year-old son Neeraj’s employer to fire him, cutting off the family’s only source of income.

According to his family, he told them he would file an apostasy case against them if they did not renounce their faith.

His family claimed he told them: “If you did not stop going to church, I will drive you out from the house and file a case against you all since you have changed your religion.”

Mr Kumar even reportedly tried to get the police involved.

He alleging that his family had tried to force him to convert to Christianity himself, claiming that when he refused to do so, they tied him down and dragged him to church.

As a result the family members, who are refusing to renounce their faith despite pressure from their community, have been quizzed by officers on three separate occasions.

Wilson Chowdhry, chairman of the British Asian Association, said: “The disownment of his children by a patriarch has left this family very vulnerable.“They have been targeted by a father who is caught up in the religious zeal that has become more commonplace in India since the Modi regime came into power.”
RECOMMENDED:  Six Christians Injured in Stoning of Christmas Service in Burma

The family is now receiving help from the local Christian community and representatives of the British Pakistani Christian Association (BPCA).

“They have been targeted by a father who is caught up in the religious zeal that has become more commonplace in India since the Modi regime came into power.” 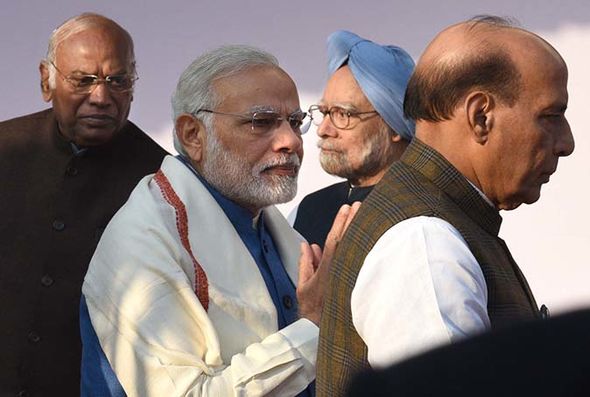 Hindu nationalist: Indian PM Narendra Modi was criticised for his handling of the 2002 Gujarat riots

A man identified simply as Pastor Ramesh has helped them find a rented home, said British Asian Christian Association officer Pastor Naresh Paul.He explained: “When I heard their story their great pain was apparent. They have been abandoned by the community because of their faith and no one [except Pastor Ramesh] is coming forward to help them.”

Indian Prime Minister Narendra Modi, who led his BJP party to victory in the general election of 2014, is a controversial figure in Indian politics as a result of his Hindu nationalist beliefs, as well as for his handling of the 2002 Gujarat riots, in which at least 1,000 people, including 790 Muslims, were killed.

RECOMMENDED:  “Coronavirus is not the end of the world’, says Prophet Uebert Angel
ADVERTISEMENT